She is known as “the superb”, but few people have idea where this nickname comes from. To discover it you must go back in time to 1358 and to a travel report written by not just an ordinary person. Francesco Petrarca, after his visit to Genoa, described her as a royal town “addossata ad una collina alpestre, superba per uomini e per mura, il cui solo aspetto la indica signora del mare”: so, in short, Mistress of the Seas, that she rules from her dominant position.

Genoa is a city to (re)discover by the italians, too, as they don’t really know her and snub her preferring destinations as Nervi, Portofino or Lerici, by the way pretty close to her. Recently, she has been included by the Independent in the nine underestimated European city, togheter with Belfast and Valencia. So, let’s value her, even though in one day, starting from breakfast: you must try the Douce one (in Giacomo Matteotti square) defined by Dissapore one of the 32 best of Italy; sweets are pure poetry created by maître pâtissier Michel Paquier; service is quick; the coffee is wonderful. You might try the pistachio mini cake or the citrus fruit, chocolate and raspberries one (it’s amazing!). You are a few steps away from Palazzo Ducale, historical building where displays and exhibitions are held all year long. You’ll find for sure something worth seeing, maybe also for free. When you get out, turn left and pop in the Chiesa del Gesù, architectural masterpiece where are showed paintings by Rubens and Reni.

Genoa has one of the Europe’s better preserved medieval city centre: part of it is Renaissance (via Garibaldi) but you can find also some Belle Époque beautiful corners. What else? Walk down the long and crowded via San Lorenzo, the road that will lead you to the homonym roman-gothic cathedral, easy to identify thanks to the “stripes” in the front of the church, to the three gates and the two lions that stand guard at the staircase.

For the lunch you can choose hot focaccia take away at Focaccia e dintorni (via di Canneto il Curto) or genoese cupcakes in the historical Caffè degli Specchi (in salita Pollaioli; the management is the same as Douce and the sweets as well).

The target, wherever you’ll decide to eat, is to do it quickly, so you can spend the early afternoon visiting the symbol of Genoa, La Lanterna, which is the oldest operational lighthouses in the world (until 1902 it was the highest, too). You can leave the car at the ferry terminal, visiting days are Saturday, Sunday and public holidays from 14,30 to 18,30. Ticket costs 6 € and allows you to visit a little museum and reach, through a narrow stairway, the first terrace of the lighthouse. It’s definitely worth it, as the view from up there is spectacular.

Next stop is the Porto Antico, where you’ll also find the Aquarium. Having only one day at your disposal, in our opinion it’s most deserving the Galata Sea Museum, where it is very well displayed the maritime history and you will find an interesting reconstruction of the Andrea Doria sinking; outside the museum get in the Nazario Sauro submarine, moored for its last mission. The ticket (included the submarine visit) costs 17 €, well-spent because the exhibition is really interesting, interactive, with a lot of historical remains and the Nazario Sauro visit is unique. From the Porto Antico take a look at Palazzo San Giorgio, one of the historical palaces symbolizing the city and that will surprise you for the imposing and decorated front of the building. 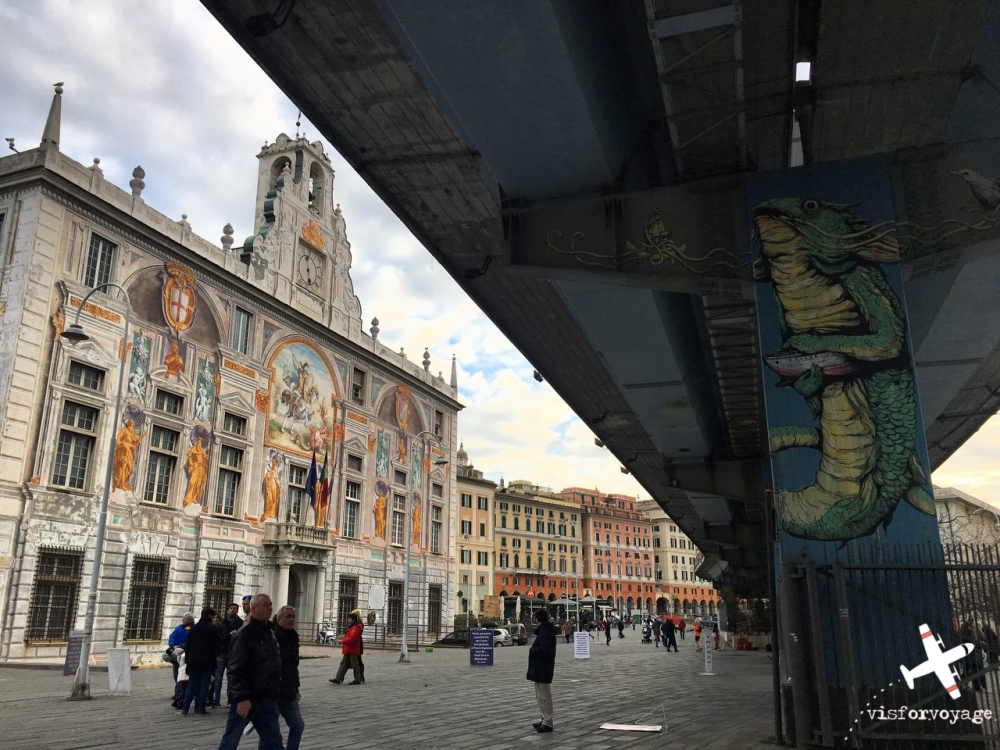 At the sunset take a stroll along the boardwalk Corso Italia and reach the old fishing village of Boccadasse to smell the salt air and take a break at the Antica Gelateria Amedeo. In this area you can find good restaurants but we suggest to turn back to the centre to enjoy the special feel of Il Balcone, tipical trattoria where you can try the brandacujun (cod with potatoes), the chestnut trofie (pasta in the form of short irregularly twisted pieces with pointed ends) with pesto (a sauce of crushed basil leaves, pine nuts, garlic, parmesan cheese, and olive oil), and many other dishes from the local culinary tradition. You’ll have dinner on a small table in a suggestive atmosphere from a different time, surrounded by shreds of newspaper and old-timey photos of the “good old days”. 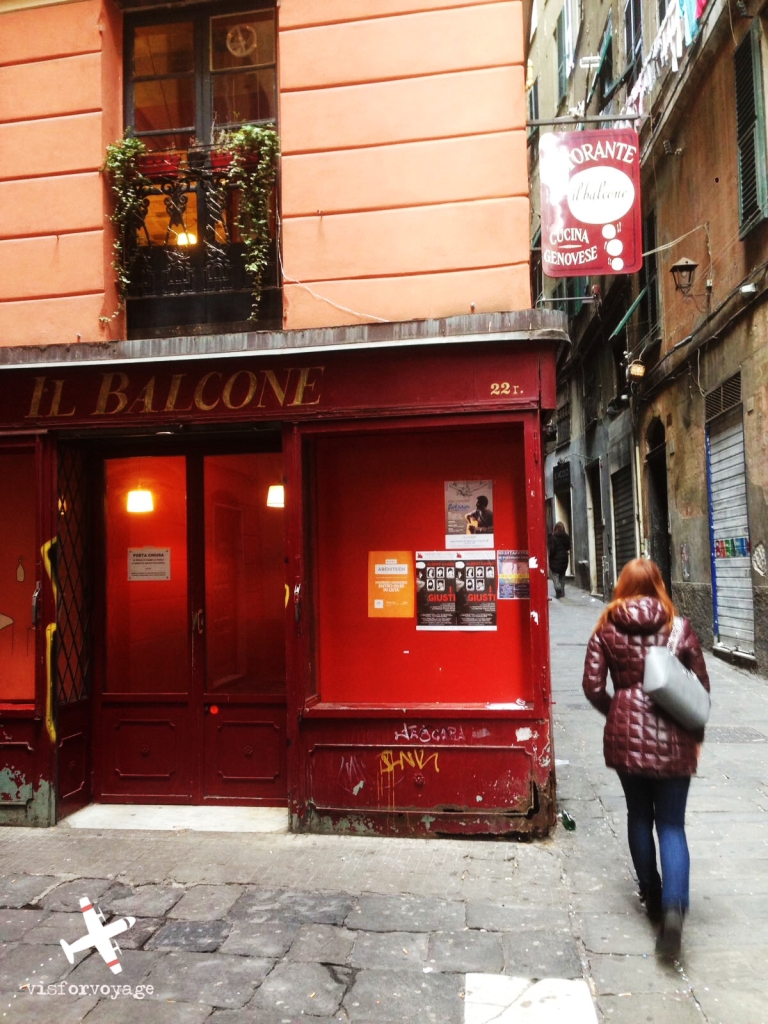